Nigeria’s economic performance has weakened since the previous Nigeria Development Update (NDU) was published in June 2022 under the title of “The Continuing Urgency of Business Unusual”.

The global economic environment has weakened. Economic activity in most major economies has slowed in 2022 amid high inflation and central banks shifting toward contractionary monetary policies. External financing conditions, particularly for governments and private borrowers in frontier markets such as Nigeria, have tightened, as the US dollar has appreciated sharply against most other currencies to historically strong levels, and global benchmark interest rates have risen. Moving into 2023, growth in most regions is expected to weaken further, and uncertainty regarding the outlook remains elevated, partly because of key unknowns such as future developments related to the Russian Federation’s invasion of Ukraine.

Nigeria’s economic output growth has slowed and the World Bank is lowering its growth projections. Real gross domestic product at market prices (GDP) growth in the third quarter (Q3) of 2022 was 2.4 percent yearon-year (y-o-y), on the back of a continued contraction in oil output (-22.7 percent y-o-y) and slowing non-oil growth (4.3 percent y-o-y, down from 4.8 percent y-o-y in Q2 2022). The World Bank now projects that real GDP will grow by 3.1 percent in 2022 and 2.9 percent in 2023–24, 0.3 of a percentage point lower than the previous projections at the time of the June 2022 NDU.

The rate of consumer price inflation has surged and is currently one of the highest globally. The consumer price index, already increasing at a high rate, accelerated in 2022 through October, to be up 21.1 percent y-o-y, a 17-year high. High inflation has been persistent in Nigeria for the past two decades, but since 2019 inflation has increased substantially, driven by the multiple exchange rates and exchange rate depreciation in the parallel market, intensified trade restrictions, and the monetization of the public deficit by the Central Bank of Nigeria (CBN). In 2022, this has been exacerbated by the spike in global food and energy prices due to the war in Ukraine and global supply disruptions. Since May 2020, the CBN has responded by tightening monetary policy, increasing the policy rate by 500 basis points (bps) and increasing the cash reserve requirement by 500 bps. However, the disinflationary impact of these measures has been weakened by continuing monetization of the fiscal deficit, sector-specific subsidized credit provisions, and imported food and energy cost increases.

Currency market distortions have increased. The CBN has allowed a slow depreciation of the official exchange rate but this has not been sufficient to bring the supply and demand of foreign currency into balance, placing increasing pressure on the exchange rate in the parallel market. The official rate depreciated by 5.2 percent in 2022 through November while the parallel market rate depreciated by 40 percent, with the parallel market rate premium widening from 37 percent in January to 71 percent in November. The CBN, the largest single supplier of foreign exchange (FX) to the Nigerian economy through the government’s crude oil receipts, has continued to suppress FX demand by restricting access to FX for the importation of 45 products. Furthermore, it has limited the size of its interventions in the FX market and, thus, the FX supply for imports of those goods and services that are not banned. In 2022, firms have increasingly reported limited FX availability for their imports and requirements to repatriate FXdenominated earnings and difficulties in meeting external commitments. Nigeria’s exchange rate policy settings are stifling business activity, investment and growth, and amplifying macroeconomic risks.

External and fiscal pressures have continued to grow, despite elevated global oil prices. Oil price booms have historically supported the Nigerian economy but this has not been the case in 2021–22. The average price of crude oil increased by over 150 percent from 2020 to 2022, yet Nigeria’s macroeconomic performance has weakened over this time, and its fiscal space has shrunk. In 2022, the general government fiscal deficit is estimated to have increased to 5.7 percent of GDP from 5.4 percent in 2020 before the boom. External reserves are little[1]changed since 2020, even after sizable eurobond issuances and International Monetary Fund (IMF) special drawing rights (SDR) allocation inflows. Foreign reserves fell from their recent high of US$41.8 billion in October 2021 (helped by the official sector inflows) to US$37.1 billion in November 2022. In fact, Nigeria’s recent economic performance has been more like that of an oil importing country facing headwinds from high global energy prices.

There are two reasons why Nigeria is not benefiting from high global oil prices:

• First, lower oil production: As a result of high production costs, theft and insecurity, joint-venture cash-call arrears, and inadequate investment, Nigeria’s crude oil output has been falling since 2020 and has consistently been below its Organization of the Petroleum Exporting Countries (OPEC) quota since June 2020. It reached a three-decade low of 0.9 million barrels per day (bpd) in September 2022, about half of the pre-pandemic levels, before recovering modestly to 1 million bpd in October.

• Second, the ballooning cost of the petrol subsidy: The continuation of the petrol subsidy (deducted directly from oil revenues) implies forgone fiscal revenues of 2.5–2.7 percent of GDP in 2022. This, combined with the protracted decline in oil production, has resulted in the lowest levels of net oil revenues (in percent of GDP) being transferred to the government in over a decade. The government has recently introduced welcome non-oil revenue reforms and tax administration improvements, which have prevented an even more severe fiscal squeeze. The Strategic Revenue Growth Initiative (SRGI) of the Federal Government has helped boost non-oil revenues since 2020, reversing the previously declining trend. Key reforms have included increasing the value added tax (VAT) rate from 5.0 to 7.5 percent, increasing gas flare fees, rationalizing tax expenditures, introducing additional international tax measures, and operationalizing the electronic money transfer levy. The oversight of government-owned enterprises (GOEs) has also been strengthened, by ensuring a 50 percent cap on the cost to income ratio of these parastatals. Despite the COVID-19 pandemic, non-oil revenues increased from 4.4 percent of GDP in 2019 to 4.8 percent in both 2021 and 2022. These gains in non-oil revenues have helped mitigate the impact of declining oil revenues. However, total general government revenues are still expected to decline in 2022 as a share of GDP, weighed down by weak oil revenues.

As a result of the tight fiscal situation, debt-servicing costs are increasing rapidly. Large primary deficits, rising global and domestic interest rates, and the continuous reliance on expensive, inflationary financing from the CBN to meet in-year cash shortfalls, are increasing debt-servicing costs. Interest payments on the public debt are projected to increase from 2.4 percent of GDP in 2021 to about 3.1 percent of GDP in 2022 (or over one-quarter of the total general government expenditure). In a “business-as-usual” scenario, the public debt stock, at about 36.4 percent of GDP at present, is projected to increase to 44.6 percent of GDP by 2027. Interest payments alone will account for 62.7 percent of general government revenues by end-2027. The rise in debt costs is squeezing out public investments and other productive social expenditure. It is also a source of concern to financial markets, as reflected by the spike in Emerging Market Bond Index Global (EMBIG) spreads, which reached about 1,022 bps in October, and the recent downgrades of Nigeria’s sovereign credit rating by two of the major international rating agencies. 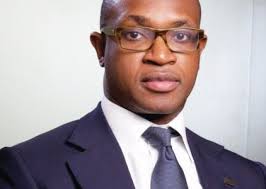