United Bank For Africa Plc , UBA, a tier 1 lender, is ,no doubt , an undisputed industry leader . Even its management takes pride in  flaunting  the bank as an   “Africa’s global brand ’’to boost its corporate prowess .This claim is self-: evident : hefty assets, networks, equity and customers deposits  are very much at its disposal.  .The bank’s  balance sheet ,no doubt , is robust .Its total assets at the end of the third quarter 2020 hit N7.056tr, of which customer loans and advances rose from N2.061tr to NN2.382tr.Within the same period   its total  liabilities improved to N6.404tr ,the bulk of which as the customer deposits is N5.202tr, while the  shareholders funds rose 17.96% up  to hit N655.327bn.

But in recent times , the above belief has continued to generate serious reservations. This may not be farfetched. UBA”s performance and competitive position are becoming less inspiring and could not be justified with its loaded potentials. First , the bank is underperforming its peers and the market .For this , some critics and analysts are raising questions and getting less confortatable with the the performance of the self-acclaimed African giant . .The crux of the matter is that a mere possession of resources does not guarantee strategic success without complementing it with strategic capability. To some observers , the strategic capability to translate resource to outdtanding results is essentially missing or not adequately exploited .

They may be right . Unlike in the days of Tony Elumelu, its former CEO ,in the last few years , the signals from the bank are pointing to a different direction and raising questions over its leadership prowess . Also , some analysts believed , UBA is no longer setting the rules of competition, leaving it with the option of merely playing a catch up game among it peers.

The impacts of the above are  palpable:  declining margins, stagnant growth and falling market share are the signals currently  turning  this global brand a shadow of its former self   . The unorthodox players among its peers have thrown it to the back seat.  . GT Bank with the  lowest assets among the first tier has continued to  post profits consistently more than  twice  UBA’s for years, Access Bank has overtaken it in every meaningful metric while Zenith Bank Plc remains UBA’s senior partner as the most profitable bank even with little assets gap between them  .

The problem with the bank remains its inability  to dramatically generate  earnings and translate its revenue to profit efficiently.  It’s     current net profit margins of 23 percent .are lower than last year 28.5  percent .By the above margin, the bank  generated N23.00  from every N100 revenue achieved compared to N28.50 last year.That raises the question of efficiency against the management.

In the last five years ,the bank registered 7.5  percent earnings  growth  per year to underperform both  the market and the industry which recorded 12.3  percent and 10.1 percent   respectively     In the   past  one  year ,UBA’s earning growth was negative at 15 .6 percent when both the industry and  market grew   16.3   percent and  negative 0.2  percent respectively .The bank’s high ROE at 12.9 percent is considered to  be low by analysts while its ROA  was 1.1 percent .

Even its potentials for better future earnings and revenue  are too cold for comfort .  UBA’s earnings is forecasted to grow  at 4.8 percent in the next three years based on estimates from analysts.  The analysts even appeared less optimistic. According tothem ,’UBA’s earnings growth  at 4.8  percent  per year by forecast are expected to grow slower  than  saving rate   14.3  percent   . This forecast per year   still falls  below  the  market growth rate  at  11 percent and industry at 7.2 percent . Moreover, its   earnings per year  ,though  forecast to grow but not significantly just as its revenue of 11.5  percent per year  will grow less than 20 percent per year. Its forecasted returns on equity in three years at 14.7 percent is considered low by analysts.

Its less impressive  earnings power and valuations indices have continued to render its stock value less competitive .The bank’s stock has been priced  low compared to its peers .  As at November, 19th 2020 its share was N8.45 compared to N8.85 in January 20,2020 .The bank’s stock price depreciated  by 7.7 percent since the beginning  of the year , [January 2,2020]   from N7.80 to N7. 20 in   October ,26, 2020 to underscore analysts and investors’ shaky belief in the  growth potential of the  bank . This represents a capital loss for some shareholders of the bank .The bank’s uninspiring run has continued to  affect its market  capitalization .Currently   its market capitalization is N297.5 billions where a tier 1 bank’s market capitalization has hit a trillion.

Investors are not fools.  Certain underlying  fundamentals   could be attributed to this  development.  The bank’s Price Earnings ratio is still underperforming the market at 3.3x compared to the market 6.1x  .This is an indication that the stock is undervalued  relative to the industry and market averages .

Moreover, its unstable dividend track record did not help the matter  ; its Return on Equity ,ROE was 12.1percent  compared with the industry 12.3 percent while its Return on Assets was 1.1 percent  at par with the industry figure ,. This is considered very low by analysts  ; its Return  . The bank’s debt to equity too is very high , no wonder its cost to income is among the worst among tier 1  lenders . As at September 2019 its debt stood at 737,941B  or 132 8 percent  relative an    equity  of N555,528B ; in March 2020   the ratio of debt to equity was 146.2 percent . This could be outrageous.There is nothing  bad about using debts if the results could justify it. However,  its results have remained less inspiring and competitive .

Its dividend payments have volatile in the last few  years though have increased However ,though its dividend payout of 45 percent are well covered by earnings. But  analysts believed its future payout to shareholders may be reduced to 28 percent .

DOWN B4 CONCLUSION However , certain performance and operational indices are equally generating hope of better future performance. .The bank has high level of bad loans but well covered to the tune of 102 percent . Its liabilities are low risk with 87 percent made up of  low risk funding ,appropriate level of loan to assets ratio at 33 percent and loan to deposit ratio of 42 percent  ;

However, some analysts believe UBA’s PE ratio is in  line with its industry average and a good value based on its P E   compared to the market index   ..CARRY UP UNDER PRICE UBA’s stock price has  hovered between N4.4 and N9 .45k in the   last one year and N6.10 and N7.40k in the last one month   . The bank price to book ratio of 0.4x is in line with the industry average .

The weakling pace of the bank stock, as is the case with most quoted stocks, is indicative of a market wide apathy for capital market assets. It is also a pointer to the fact that the economy is depressed and the propensity to save is rather weak. But more than any other factor, it is an indication that Investors are not too impressed with the bank’s showing in the last  few years  when profits have been lethargic ; business was so bad that the bank’s gross earnings rose only   marginally  The problem with UBA is more or less a strategic error of allocating resources across competing areas to generate revenues , but little attentions to creating stretch goals,overcoming constraints through a creative and unending pursuit of better resource leverage .

A very hard nut difficult for the management to break is the issue of impairment . Impairment loss on loans and receivables in the period under review  soared by 72.23% from N6.663bn to N11.476bn, driven primarily by the impairment charge on loans and advances to customers, which dropped to N6.947bn, from N11.183bn.It was followed by the N3.548bn write-off on loans and advances, a significant increase over the N1.31bn of last year; and the N2.697bn impairment charge on off-balance sheet terms, as against the previous N1.903bn reversal.

The same issue troubled the bank in the  first half of the ongoing financial year . The   prices of its inability to rise to the necessary challenges are not hidden and have   started taken toll . UBA’s steady rise in its top-line figures was halted in the first half of 2020. -. Its profit before tax declined significantly by-18.71% while its gross earnings grew slightly by +2.24% in H1 2020.UBA recorded a -18.71%Y-o-Y decline in profit before tax from N70.27bn recorded in H1 2019 to N57.13bn in H1 2020. The Group also recorded a -21.69% Y-o-Y decline in profit after tax. This was as a result of a+22.60%increase recorded in operating expenses, PBT declined despite a+7.01% Y-o-Y uptick in net fee and commission. Total comprehensive income for the period increased by+3.28%, foreign currency revaluation gain grew significantly by +618.8% Y-o-Y while foreign exchange trading income declined by -7.29% Y-o-Y

Not only that . Indication that the  results for the first half of the year filed with the Nigerian Stock Exchange (NSE) may not turn out as rosy was the meager increase of gross earnings . . Gross earnings grew by+2.24% Y-o-Y from N293.7bn recorded in the corresponding period of the previous year to N300.3bn recorded in H1 2020..
The amount the bank earned from interest bearing assets in the period, which is a critical determinant of profit, wasequally less impressive . And the amount paid out on these assets which although fell could not play the expected stabilizing effect on net interest income. Interest income grew marginally by +0.34%Y-o-Y while interest expense declined by-8.97%, net fee and commission increased Y-o-Y by+7.01%. foreign exchange revaluation gains grew significantly by+619.8% while foreign exchange trading income declined Y-o-Y by -7.29%

.  .   Its scorecards for the last five years up till first half of the current financial year has turned it a shadow of its former self in terms of this responsibility and confirm the dangerous slides of the Africa’s financial supermarket. In its half year performance, its Return on Average Equity crashed from 30.8 percent in 2015 half year to 14.4 percent in the first half of 2020 ;moreover, this champion turned laggard , has unstable track record of dividend payment Moreover, its capital adequacy ratio also somersaulted from 29 % to 14.4 percent during the same period .

The above facts are not to cast UBA into the dustbin. Every bank faces five constituencies and is expected to meet their needs : the surplus unit from which it borrows or depositors , the deficit units which borrow from the bank ,the shareholders , the regulatory authorities and the community at large, the provider of the environments.Four out the five constituencies above are well served without raising much eyebrow by UBA .,

The Central Bank of Nigeria (CBN) Has Failed The Naira! 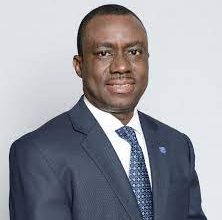 GAPS IN THE CASTLE WALL OF ACCESS BANK’S AMBITION 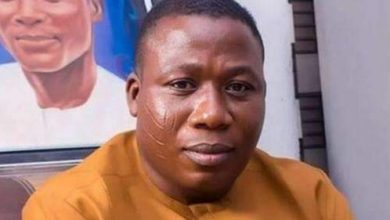 HAVE ACCEPTED MY FATE.—–SUNDAY IGBOHO.