Over the last two weeks, the two cement producers we cover released H1 2022 earnings. Overall, the results were mixed as one company reported a slump in Net profits while the other reported growth. However, investor reaction has not been as expected.

Over the last two weeks, the two cement producers we cover released H1 2022 earnings. Overall, the results were mixed as one company reported a slump in Net profits while the other reported growth. Differences in performance have typically led to speculation about the prospects of the faltering company and a consequent adverse reaction. In contrast, investors usually reward the “well-performing” company with price appreciation. However, investor reaction has not been as expected.

Revenue growth in H1 22 remained double digits for both Dangote Cement and BUA Cement. Analysing the numbers, we saw that both companies took advantage of substantial cement price increases. However, revenue growth for Dangote Cement was dampened by a decline in volumes – the result of persisting disruptions in gas supply, global supply chain disruptions, rising commodity prices, plant maintenance (Senegal) and plant shutdowns (Congo). On the other hand, BUA Cement was able to drive revenue with both price and volumes. Increased volumes for BUA Cement were due to increased capacity (new line-4 in Sokoto) and the company effectively mitigating energy disruptions by using multiple energy sources.

Nevertheless, the reactions to these results have been very different – Dangote Cement’s share price has been flat, while BUA Cement’s share price has declined by 15.2% since its earnings were released. Moreover, we note that this slump began last week, a week after its earnings were released, and followed the release of our BUA Cement coverage initiation, BUA Cement: King in the North, 29 July 2022. For Dangote Cement, our view is that the market remains confident in its ability to weather the storm, given its position as the market leader, while for BUA Cement, the price drop was likely on concerns around the sustainability of its high valuation, especially in the face of headwinds from energy costs.

Going into the Q3, we remain optimistic about demand expectations given the slowdown in the bouts of torrential rainfall that characterised most of the second quarter slowing down construction activity. Both companies are also making efforts to mitigate the impact of rising energy costs by increasing the usage of alternative fuel mixes: Dangote Cement plans to leverage waste management solutions, while BUA Cement plans to increase its use of locally sourced Liquified Natural Gas (LNG) while keeping stock of alternatives like coal and Low Pour Fuel Oil (LPFO) in the event of gas shortfalls.

Dangote Cement is ramping up production at its Okpella plant and is deploying grinding plants in Ghana and Cote d’Ivoire, expanding its Pan-African reach. The group has also commenced the 3rd season of its National Consumer Promotion – “Bag of Goodies 3″— as management continues to drive consumer engagement to support demand over the rest of the year. Thus, we expect these will bode well for revenue growth. Accordingly, we maintain our BUY recommendation on the stock. On our estimates, the stock is trading on 2022F P/E and EV/EBITDA multiples of 11.7x and 6.9x, discounts to emerging market peer multiples of13.8x and 8.7x.

For BUA Cement, we expect further revenue growth even as the company continues to ramp up capacity and improve the efficiency of its newly commissioned plants. However, even with recent selloffs, the stock’s valuation remains demanding. On our estimates, BUACEMENT is trading on a 2022F P/E multiple of 23.2x and an EV/EBITDA multiple of 17.9x, significant premiums to emerging market peer multiples of 14.1x and 7.2x

Last week, the exchange rate at the Investors and Exporters Window (I&E Window) strengthened by 0.20% to N428.13/US$1. Elsewhere, the foreign exchange (FX) reserves of the Central Bank of Nigeria (CBN) declined by 0.25% to US$39.09bn, as the CBN continues interventions across the various FX windows. The FX reserve position remains close to its historic high, and we doubt that the CBN wishes to see the exchange rate slip this year. Therefore, we believe that the current I&E Window rate, or something very close to it, can be maintained for at least several months.

Last week, trading in the Federal Government of Nigeria (FGN) bond secondary market was bearish as system liquidity remained tight. As a result, the average benchmark yield for bonds rose 29bps to close at 12.25%. Across the curve, the yields on the 7-year (+15bps to 11.90%) and 10-year (+45bps to 12.66%) bonds expanded, while the yield on the 3-year (-1bp to 11.41%) bond declined. Our view remains that the combination of thin system liquidity and elevated Federal Government domestic borrowing will continue to drive yields upwards over the coming months.

Activity in the Treasury Bill (T-Bill) secondary market was also bearish as selloffs persisted across the curve in the face of tight system liquidity. As a result, the average yield for T-bills rose by 29bps to 7.62%. Conversely, the yield on the 307-day T-bill compressed by 1bp to close at 6.82%. At this week’s primary auction, the DMO is expected to roll over N150.62bn worth of maturing bills. Elsewhere, the average yield for secondary market OMO bills rose by 147bps to 11.10%, while the yield on the 270-day OMO billrose 425bps to 11.03%

Oil prices weakened to levels last seen prior to the invasion of Ukraine by Russia as prospects of a global recession and destruction of demand came back into the limelight. Despite the positives of a strong US jobs market as shown by the higher-than-expected growth in nonfarm payroll data, the potential downside of the US Federal Reserve having to adopt further interest rate hike measures to tackle inflation drove oil prices lower. In addition, signs of weak demand as seen in U.S. inventory buildup contributed to the dire outlook. Elsewhere, the Organization of the Petroleum Exporting Countries and allies (OPEC+) agreed to the lowest monthly quota increase since 1986, at 100,000 bpd, as the group exercised caution in the wake ofrecession fears.

In this exceptional year for oil prices, we maintain that prices are likely to remain above the US$73.00/bbl set in Nigeria’s government budget 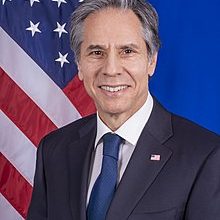 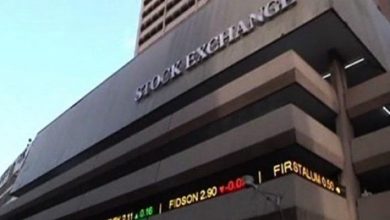