A press release by the Corporation’s spokesman, Dr. Kennie Obateru, stated that the clarification became necessary in the light of media reports insinuating that the Corporation was in financial straits.

NNPC maintains that it is conscious of its role and was doing everything possible to shore up revenues and support the Federation at all times.

“The shortfall will be remedied by the Corporation as it relates only to the Federation revenue stream being managed by the NNPC and does not reflect the overall financial performance of the Corporation. The NNPC remains in positive financial trajectory for the period in question,” it stated.

The Corporation pledged to continue to pursue and observe its cost optimization process with a view to maximizing remittances to the Federation Account.

It would be recalled that NNPC, in a letter to the Accountant General of the Federation entitled: Re: Impact of Hike in Crude Oil Prices on the Deregulated Downstream Sector: Projected Remittance to the Federation Account for April to June 2021, which was inappropriately shared by unscrupulous persons, had projected that it would deduct the sum of N112bn from Oil and Gas proceeds for the month of April 2021 to ensure continuous supply of petroleum products to the country and guarantee energy security.

This has fueled reports of impending revenue shortfalls with dire consequences for the various tiers of government.

NNPC, however, assures that it would continue to meet its financial obligations to the Federation.

The  Nigerian National Petroleum Corporation (NNPC)  had earlier  disclosed that its projected monthly remittance to the federation accounts allocation committee (FAAC) for May will be zero.

The corporation said this in a letter to the accountant-general of the federation, on Tuesday, a copy of which was seen by TheCable.

In March, Mele Kyari, group managing director (GMD) of the Nigerian National Petroleum Corporation (NNPC), had warned that the corporation can no longer bear the burden of underpriced sales of premium motor spirit (PMS), better known as petrol, to consumers in the country.

He, however, promised that there will be no increase in the price of petrol until talks between the government and stakeholders are concluded.

“The price could have been anywhere between N211 and N234 to the litre. The meaning of this is that consumers are not paying for the full value of the PMS that we are consuming and therefore someone is paying that cost,” he had said.

“As we speak today, the difference is being carried in the books of NNPC and I can confirm to you that NNPC may no longer be in a position to carry that burden.”

In the letter to the accountant-general, NNPC said N111.96 billion will be deducted from April 2021 oil and gas proceeds — due to the federation in May — noting that the deduction is necessary to ensure the continuous supply of petroleum products to the nation and guarantee energy security.

“The Accountant General of the Federation is kindly invited to note that the average landing costs for Premium Motor Spirit for the month of March 2021 was N184 per litre against the subsisting ex-coastal price of N128 per litre, which has remained constant notwithstanding the changes in the macroeconomic variables affecting petroleum products pricing,” the letter read.

“As the discussions between Government and the Labour are yet to be concluded, NNPC recorded a value shortfall of N111.966,456,903.74 in February 2021 as a result of the difference highlighted above. Accordingly, a projection of remittance to the federation for the next three months is presented in the attached schedule.”

WHAT THIS MEANS FOR STATES

There has been concern over shortfall in the FAAC revenue for the three tiers of government, with Godwin Obaseki, governor of Edo state, accusing the Central Bank of Nigeria (CBN) of printing N60 billion to augment the March allocation.

However, Obaseki’s claim was refuted by Zainab Ahmed, minister of finance, budget and national planning, with Godwin Emefiele, governor of the CBN, describing it as a political ploy that is “unfortunate and totally inappropriate”.

The zero remittance from NNPC will affect the monthly allocation to states for the coming months, which may make them unable to meet their statutory obligations such as payment of salaries to workers in their respective states.

A source, however, told TheCable that the shortfall will be augmented from the N200 billion saved from previous months.

The resurgence in the price of crude oil bodes well for the Nigerian economy, as this will boost the country’s revenue needed for the implementation of the 2021 budget, improve crude oil receipts, and consequently bolster foreign exchange inflows.

However, the prolonged high crude prices will ultimately feed into a climb in petrol’s landing cost — meaning an increase in fuel price.

The Petroleum Products Pricing Regulatory Agency (PPPRA), through a petrol pricing template released in March, had announced an increase in the retail price of petrol. The template announcing the price increase was later deleted by the agency. 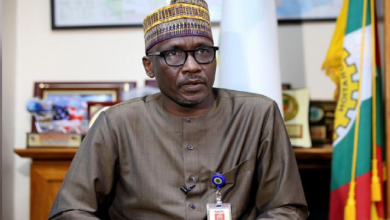 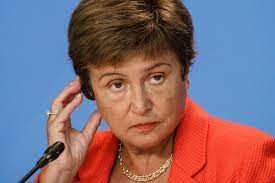