The Medieval and Renaissance periods gave the world interesting court jesters. These clowns, who were also called fools, wore brightly coloured costumes and odd hats to entertain noblemen and their guests. But the jesters were also roving actors with one objective: to earn a living by delivering the funniest comedies, using pun, storytelling, tricks, mimicry and exaggerated physical activities delivered in a hilarious style. No doubt, the aristocrats of those eras enjoyed the antics of these buffoons. They also appreciated the comedians for their great improvisational skill and capacity to engage with the audience. However, most of the noblemen and women did not encourage their children to pursue careers in acting or comedy because it was not a job for the royals and other important members of the society.

Today in Nigeria, there is a reversal of role. Some of our aristocrats and politicians are now acting new and unbefitting roles, like the Medieval and Renaissance court jesters. They are everywhere, talking carelessly, misbehaving, disrespecting their high offices and acting like clowns. At no time did we see our public officers so low and clownish. The most troubling part of their behavior is that they are not even aware of our new realities. For instance, these political clowns do not even understand why the youth decided to go for broke during the EndSARS protest. For the discerning, it is now obvious that after many years of neglect, young people have finally found their voices. They have also discovered their power and that is the point. To avoid another season of rage, those in government must act quickly in line with the changing times and the shifting needs of an impatient generation.

However, one indisputable fact is that Nigeria will never be the same again; the earlier we all come to terms with this certainty, the better for us all.

Unfortunately, instead of addressing our changing circumstances and issues of unemployment, infrastructural decay, corruption, inequality, hopelessness and the rise in prices of commodities, some characters are busy trying to intimidate real and imagined enemies. If we are still discussing social media regulation and other trivialities at a time like this, then only God knows where Nigeria is headed.

Is it not also a shame that government is clamping down on people with another view, freezing EndSARS protesters’ bank accounts, intimidating members of the Academic Staff Union of Universities, ASUU and other groups who are genuinely concerned about the uncontested absurdities of the moment? It is now evident that there is a creeping authoritarianism in our politics and culture. But as citizens, we must not allow Nigeria to drift further into an authoritarian state where deplorable moral and political actions remain unchallenged.

Regrettably, we are right back where we started. The issue is once more about politics and quality of representation. After all, our wellbeing, longevity, progress, respect for country, hope and continuity as a people are defined by the quality of our politics, the ultimate decider. A lot also depends on the conduct of the comic characters representing us at different strategic positions in our country.

Only recently, one of the governors in Nigeria, a well known joker, visited a frontline state to assess the level of destruction brought about by the damage of public infrastructure by hooligans who hijacked the EndSARS Protest. At face value, the visiting governor’s move looks good. But this character actually came for politics and advantage to which he is not entitled. For a few years now, his troubled state has remained in the grip of an existential crisis that stretches far beyond the Nigerian tragedy. Instead of him to stay at home and address insecurity and other related challenges facing his state, he chose to travel and play cheap politics ahead of 2023.
Like him, there are also governors and other wayward politicians who are also acting in the same manner: embarking on bogus visits, issuing threats and refusing to accept the truth about our reality. However, it is gratifying to note that their useless thoughts and ambitions are now firmly rooted in a future they no longer have control over. This is where we are currently. Sadly, these so-called leaders have refused to acknowledge the fact that young people who are disconcerted and frustrated at being denied the opportunity to participate in the affairs of their country are now desperate and ready to fight. Can the young today look back tomorrow and say that their skills, education, brilliance, energy and spirit were optimally deployed in their youth?
This is definitely not a time to be young.

For many of us, childhood was amazing. Every day, I remember beautiful early memories: a wonderful countryside life, a close-knit community where every adult was a parent, exemplary leadership, the special meals, the greenery, the discipline, the camaraderie, the hope, love and the quest for knowledge. For most people of my generation (both from low and middle income families), we prepared for the future in our own special way. We were very conscious of increasing our knowledge base, so we read all sorts in readiness for future opportunities.

Today, the question is: where is my generation and those after us despite all the preparations? Let me answer by saying that some of us are still here, confused and huddled like cornered animals by those who created today’s problems yesterday.

Just imagine the clowns and old men running our lives; are they our best foot? Men who should have retired long ago are still here, deciding for a vibrant and knowledgeable youthful population without scruples and we expect a miracle? Another reality is that public service is now a retirement ground for people without vision and purpose.

I still remember how they came to power, these irredeemable clowns and adventurers, promising things they had no idea about. I am appalled by what has become of my country, a cesspool where despair and anarchy reign. Yet, some people are busy fiddling and looking for scapegoats. This is certainly not the country of Nnamdi Azikiwe, the philosopher king; Obafemi Awolowo, the thinker and consummate administrator; Dennis Osadebey, the poet and scholar and Aminu Kano, lover and leader of the exploited and downtrodden members of our society. No!

My father told me recently how he used his bursary as a student at a teacher training college to roof his house with corrugated iron sheets in the early 1960s as a youth; a novelty at that time. According to him, the financial assistance for students like him came from the old Western Region under the Awolowo visionary government.

Today, I am not sure there are young people roofing houses or under any form of support from government. Even our universities and colleges, once big centers of learning are now worn out and ruined by these same politicians whose children are schooling in far away countries where there are no endless interruptions.

That is why we must all worry about the activities of some misguided young people on social media every day, defending those who stole their future. This piece speaks to such confused young persons. I urge the youth, clear-headed enough to come out with the same positive and contagious energy they deployed during the EndSARS Protest come 2023. We expect them in the coming years to continue to mobilize peacefully. But we must also remind these young folks that their voter cards remain their biggest weapon; that is the only way to punish these clowns in power.

Let me personally commend the urgency in their voices and their conduct. As they struggle, they must shun violence and be focused as the fight to take back their country, continues.

We cannot afford to leave politics, the greatest art, in the hands of clowns and rascals. Those who want to govern us must prove that they are capable. Anyone seeking public office henceforth in Nigeria must be able to engage meaningfully. He or she should also openly share his or her vision and mission with all of us. The candidates have a duty to convince us that they truly know what power really means. Nigeria is already in Intensive Care Unit; therefore those who are not fit have no business leading.
Or are we not tired of this never-ending circus in Nigeria called politics? 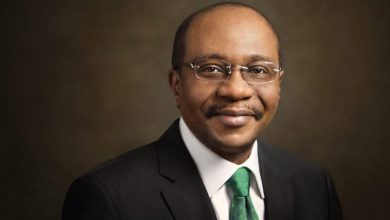