Oyo State Governor, Seyi Makinde; and his Ondo State counterpart on Wednesday met separately with President Muhammadu Buhari over the security situation in their respective states.

The two states have been in the eye of the storm lately over security challenges and the moves to check the activities of some herdsmen said to have taken to crime.

After the meetings at the Presidential Villa, Akeredolu did not speak with State House correspondents while Makinde said he seized the opportunity of the meeting to call for the establishment of more Police Mobile Force squadrons in the state.

He said, “There have been a lot of fake news all around and I wanted to be sure that Mr President clearly have first-hand information from me, which I did,” Makinde said.

When asked to be specific on the details of what he asked from the President, the governor added, “One of the issues I discussed with Mr President is that Oyo State land mass is quite big, Oyo State is close to 29,000 square kilometres.

“If you take all the states in the South East geo-political zone of Nigeria, they are still not as big as Oyo State. And the state right now only has two Mobile Police Squadrons.

“So, I requested for more Mobile Police Squadrons for Oyo State and I also asked for support for the joint security outfit because, the underlying issue here also has to do with limited opportunities.

“The tension will definitely go down if a lot of our youths are gainfully employed. So, I briefed the President on what we are doing in that regard.”

On his disagreement with Sunday Adeyemo (Sunday Igboho) over the notice to quit order he gave to Fulanis in parts of the state, Makinde said, “We have an history of living together peacefully amongst all the ethnic groups that are present in Oyo State.

“For instance, what triggered all of this was that Dr Aborode was brutally murdered. That was criminal, but on the other hand, Seriki, Alhaji Kabir has been staying in that same place for 40 years.

‌
In a related development, the Ooni of Ife, Oba Adeyeye Ogunwusi, said his decision to meet Buhari on Tuesday was based on security threats being witnessed in parts of the country.

He said the President assured him at the meeting held inside the Presidential Villa, that he would “not allow issues of security to be politicised.”

Ogunwusi spoke with State House correspondents at the end of the meeting held inside the President’s official residence at a time there is increasing tension particularly in the South-West over the directive that herdsmen stop grazing inside government forest reserves.

He said he met in the President in his capacity as the co-chairman of the National Council of Traditional Rulers. – Punch. 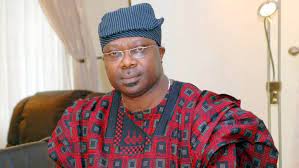 From the stains of Bola Ige’s blood, Yoruba ‘outcast’ Omisore bounces back to reckoning 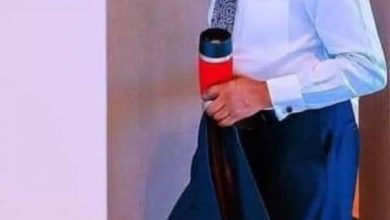