Carbonated ‘soft drink’ makers in Nigeria may face a severe downturn in fortune. For some players, an existential challenge by 2023 will occur if the Federal Government plans to introduce an Ad Valorem or percentage tax of 20% on fizzy drink products. The new tax bite could affect companies like the Nigerian Bottling Company (a local subsidiary of Coca-Cola), 7-Up, Rite Foods (makers of Bigi drinks), and Nestle Nigeria.

Market analysts note that the new ad valorem or value tax would put severe downward pressure on sales. Analysts forecast that sales would decline by an estimated -16%. The weighted industry average decline in volume as of the third quarter (Q3) 2022 was -10%. The tax would also increase the stock of finished goods in warehouses and raise input costs. For example, manufacturers’ data show that the plastic raisins needed to produce PET bottles will have increased by 40% in 2022, up from the 36% as of Q3 2022.

The proposed tax follows an earlier flat rate charge of N10 per litre of drinks produced. The tax’s impact has unsettled operators as profit margins become chiselled thin. In one instance, one of the largest carbonated drink makers saw revenues dip to such an extent that it had to call in consultants to give an overview of the company’s books to assess the impact of the tax on business sustainability. The outcome was unflattering.

Proshare analysts noted that utility costs in 2022 rose by 180%, accompanied by a further 40% rise in direct costs related to a decline in the foreign exchange rate. Policy reviewers observed that foreign exchange translation losses of manufacturers were unaccounted for in the World Bank’s recommendations on increasing taxes on particular industrial sectors. Indeed in the concluding statement of the International Monetary Fund’s (IMF’s) 2022 Article IV Mission the global financial institution noted in its fourth observation that:

“Public finance is under stress with elevated fiscal deficits, high debt servicing costs and public debt projected to increase over the medium term. Despite higher non-oil revenues relative to 2021, the general government (GG) fiscal deficit is projected to widen to 6.2 percent of GDP in 2022, mainly due to fuel subsidy costs. Without bolder revenue mobilization efforts, costly fuel subsidies and rising debt servicing costs will keep overall fiscal deficits above 6 percent of GDP in the medium term raising public debt to about 43 percent of GDP by 2027. While still deemed sustainable, such a level of debt is projected to take up nearly half of GG revenues in interest payments making the fiscal position highly vulnerable to real interest rate shocks. It also leaves little fiscal room for vital social spending on education and health, where Nigeria fares poorly compared to peer countries in sub-Saharan Africa (SSA).”

In a further observation, the body’s fifth statement noted that:

While the IMF recommendations are helpful, the selective adoption of the Article IV suggestions could be destabilizing, if not outright destructive. As a one-legged athlete would be ill-advised to pursue a hundred metres dash against his two-legged counterparts, Nigeria would be incapable of implementing the IMF’s tax recommendations without considering local purchasing power and productivity. The two factors are the other leg of the tax equation.

Indeed a carbonated non-alcoholic drink industry stakeholder noted that ‘we are willing to cooperate and collaborate with the Federal Government to improve the quality of lives of Nigerians, but we must survive. We have contributed N202bn in Value Added Tax (VAT) in the last five years and N207bn in Corporate Income Tax (CIT).‘ The stakeholder further noted that ‘we spend a Prince’s ransom to keep operations going, and if the new tax takes effect, it would not be a blow to the business’s solar plexus; it would be a bullet to its head.’  The stakeholder noted that the company spends between €2m and €5m weekly on procurements alone.

An industry sub-sector executive stated further that from the N10 per litre levy alone, the industry would lose revenue of N1.9trn in four years which may result in a 39.5% decline in different government taxes such as Personal Income Tax (PIT), Corporate Income Tax (CIT) and Value Added Tax (VAT). ‘Tax is the normal way governments fund their activities, but the proposed ad valorem tax is not a silver bullet. The government will see a short-term rise in revenue, but company losses in subsequent years will wipe out all the gains. The ad valorem tax proposal is a zero-sum play‘.

Indeed, the ad valorem proposal is, all things considered, a negative sum play. The absence of tax incomes in subsequent years will torpedo the first-year gains in the government’s tax incomes. The loss of companies’ revenues and profits would lead to a reversal of foreign direct investment (FDI) and a fall in production and sales. One of the large, carbonated drink producers has placed a hold on its intended new local investment of between €300m and €500m for 2023 in anticipation of the 20% ad valorem tax.

According to another source that requested anonymity, ‘the Nigerian market is great but with rising inflation, lower disposable incomes and rising inventories of finished goods, jerking up taxes on manufacturers is the typical easy solution that comes with deadly consequences. Cutting your nose to spite your face has never been an intelligent response.’

Is the Government Wrong in Raising Tax Rates? No, But Intention and Method Must be Aligned

Globally governments are raising tax rates to cover their acts of exuberant spending at the height of the COVID-19 pandemic in 2020. With economies returning to a semblance of normality, governments must reverse their earlier liberal spending and plug their budget holes. Therefore, increasing taxes will be inevitable. The best tax policies are usually revenue solutions rather than policy street fights.

The British Chancellor of the Exchequer, Jeremy Hunt, has announced new taxes in the United Kingdom (UK). He noted that tax cuts and spending curbs would address an economy expected to grow by 4.2% in 2022 but fall to a stingy 1.4% in 2023, with inflation hovering above 7%.

Hunt said local authorities could raise council taxes by up to 5% without a local referendum. However, while Hunt spoke to the impending tax increases, he equally announced inflation-adjusted benefits to retirees, a 9.7% increase in ‘national living wage’ and a windfall tax on energy companies. As a balance, the expected £14bn gained from energy taxes would be spent on 700,000 companies with reduced business rates. The broad tax and spending adjustments would generally last for two years.

The ‘balancing‘ of the tax rise is precisely where the Nigerian government must restrain itself from large taxes across industries with thin margins and products with fairly elastic demand. Companies with elastic demands cannot share much of the tax increases with consumers without being punished by a heavy fall in demand volumes, revenues and profit. In this situation, the Federal Government should scale the imposition of taxes on carbonated drink companies over a four to five-year period.

As the economy grows and demand and volumes increase, higher taxes could be charged on boosted profit without much adverse employment consequences. A desperate 20% tax hike on carbonated non-alcoholic beverages could be the straw that breaks the camel’s back, and not too many people are interested in eating dead camel meat. A living company is far more useful to the government than a dead one.

Of Dashboards, Economy, and Soft Drinks

Proshare analysts note that the Nigerian economy in 2022 reflects a few cold numbers and icy outcomes:

Plugging Fiscal Holes: The Art of the Possible

With the Federal Government’s large debt hole, the options available include but are not limited to the following:

The tariffs serve as a consumption deterrent and a significant revenue sub-head. Concerning the recent flat rate sugar tax of N10 per litre on non-alcoholic carbonated drinks and the proposed 20% Ad Valorem tax, the Federal Government intends to:

Looking Through the Government’s Eyes Differently

The Federal Government has good intentions, even if harmful methods. Raising revenue to balance the fiscal books is essential and, in a sense, inevitable. The FG must raise more money to meet recurrent expenditures and defray debts. Will this have consequences? Yes, it will.

For the carbonated drinks business, the following are the significant effects:

An Alternative View of Sorting out the Revenue Gap

Analysts have argued that the fiscal authorities could adopt a few less hazardous alternatives, which may include but would not be limited to the following:

The Federal Government needs to raise revenues to stop the leaky treasury from crippling growth, but the one-story narrative is wrong. Taxing corporations without understanding their operational difficulties leads to poor outcomes. The World Bank was correct to point out that the government could improve revenues through taxes, but it was wrong in assuming that the demand for carbonated non-alcoholic drinks was a good target.

It may be that the data available to the World Bank led to the assumption that the demand for fizzy non-alcoholic drinks in Nigeria was inelastic, meaning that a rise in the price of the products would lead to a minor fall in demand. The Bank’s assumption (like others that advance the tax-increase argument) is that they needed to validate this with productivity and consumer purchasing power, and its social impact in a society like Nigeria.  Indeed, the flat rate tax of N10 per litre on carbonated drinks already costs manufacturers €39m monthly.

In sum, the government could make short-term revenue gains, but the pains of declining corporate revenues, lower foreign direct investment (FDI), and rising job losses make the 20% Ad Valorem tax ill-advised. The tax would likely shrink the industry, reduce productivity, and lay a dagger to the heart of an industry that represents 38% of the manufacturing sector that is responsible for 13% of the country’s gross domestic product (GDP).

Therefore, the Federal Government may want to take a second look at the 20% ad valorem tax policy. As a start, a modest 5% rate would seem appropriate and could be scaled up slowly along a rising economic recovery curve. The curve measures future increases with a productivity baseline which is the essence of the Ad Valorem tax principle, i.e., you tax productivity via consumption (which addresses the consumer purchasing power and overall productivity question). Eating piping hot pepper soup requires patience, and so does fiscal policy. The lack of patience could turn a policy masterstroke into an economic nightmare. 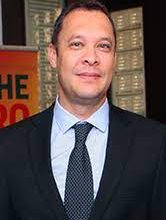 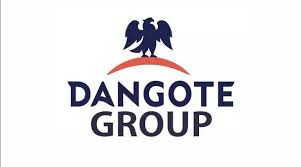