On July 14, 2008, The NEWS Magazine published an article, A Genius Remembered, a tribute to Ayodele Awojobi, the famous Nigerian inventor, public intellectual, academic, author and social crusader. The piece was one of the outcomes of a series of publications by the magazine in honour of Nigeria’s forgotten heroes. To enrich our story and the project, one of my colleagues, Dauda Lawal and I, travelled all the way to Sagamu where we spoke with Otunba Gbenga Daniel, a state governor at the time and one of Awojobi’s students at the University of Lagos. Daniel remains a reliable source on this subject. The former governor who gave an eyewitness account to our team also spoke glowingly about his teacher and his good examples.
But this extraordinary Nigerian, like others before and even after, remains unsung. In fact, those in power did not pay any serious attention to this genius despite his great knowledge and creativity.

Awojobi recorded many achievements, for which he remains unforgettable. He was the first African to be awarded a Doctor of Science degree in Mechanical Engineering at Imperial College, London. In the 1970s, he constructed a motor vehicle engine that moves seamlessly in both forward and backward directions. The vehicle also has other features; the most remarkable is a second steering wheel at the back. So, in a critical situation like war, exit in such an emergency is less cumbersome because there is a driver in front and at the back. Today, Awojobi’s name is unfamiliar especially among young people because he was not a politician or a looter. But he remains a great Nigerian.

Last week, another great Nigerian, Ezekiel Izuogu, an engineer and inventor, departed. Like Awojobi, Izuogu was also a genius, educator and scientist. Izuogu spent his productive years researching, inventing, teaching and mentoring young people. His Z-600 model is still regarded as Nigeria’s first indigenous car. To situate this piece of engineering wizardry, the BBC in 1998, described Z-600 as “the all-African dream machine”. Designed for Nigerians with a speed of 140km an hour, Z-600 is affordable with spare parts that are locally manufactured. But after the public presentation of this automobile wonder which attracted a few government officials to Owerri, Imo State, everyone dispersed. Izuogu later lived to see his dreams unfulfilled. With Izuogu’s death, Nigeria has again, buried another dream.

The troubling news of the death of Flying Officer Tolulope Arotile, a young woman full of promise, dominated headlines last week. Arotile was Nigeria’s first female combat helicopter pilot. She did not die in her helicopter on a bombing mission or on the battle field where the odds are stacked against any soldier but in the hands of a reckless driver in a military base. What an irony! Nigeria is indeed, the ultimate dream killer.

Dreams have also been aborted by corruption and the so-called war on terrorism. Every day, young men and women die in different parts of the North East defending their country under very harsh conditions. Today, desertion in the army is commonplace. Soldiers who abandoned their posts without permission are resigning and even coming on social media to reveal gory details of the ongoing war and their combat experience to the rest of us, “bloody civilians”. In fact, everything is now out in the open in this season of low standards and values. Before now, soldiers were discharged for offences like indiscipline or cowardice, not anymore. Now, they know when to walk away.

In 1992 under the military government of Ibrahim Babangida, 158 military officers perished in Ejigbo canal when a C130 Hercules conveying them crashed shortly after take-off in Lagos. That singular incident killed many dreams and changed the destinies of everyone connected with the victims.
Again in 2006, another military aircraft transporting 15 officers and three crew members crashed in Benue State, killing everyone on board. Seven years after, 60 security officers were ambushed and murdered on a mission to arrest the leader of a cult group in Nasarawa State.

Outside the military and other security outfits, dreams also die. Big dreams have been killed on our dangerous highways and with ineffectual leadership. Since independence, thousands of Nigerians have died during elections and in the hands of armed robbers, kidnappers, thugs, assassins and agents of state. And they all died with their dreams. On October 19, 1986, foremost journalist, Dele Giwa was murdered at his Adeniyi Jones, Ikeja, Lagos, home through a letter bomb. Many years after, family and friends still grieve as they are yet to recover from the shock.
Bagauda Kaltho, The NEWS Magazine’s Kaduna State correspondent disappeared mysteriously during the struggle with the military under the Sani Abacha brutal regime. He was not seen or heard from for awhile. After a few months, it became apparent that the courageous journalist was gone.

On 10 January, 2018 in Benue State, mass burial was held for dozens murdered in New Year’s attacks in the state.
The same insanity is taking place in Kaduna State where reports of daily armed attacks and deaths continue to kill dreams. Even in other parts of Nigeria, herdsmen and bandits from the Sahel are also killing and maiming civilians. And the list goes on and on.

As we reflect on this killing field of dreams called Nigeria, let us also remember M.K.O. Abiola, Alfred Rewane, Suliat Adedeji, Kudirat Abiola, Chima Ubani and other departed Nigerians and activists who died so we can live. I also remember Samuel Okonta, a corps member on national service in Rivers State and other young people across Nigeria who lost their lives while working as ad hoc staff of the Independent National Electoral Commission, INEC.

Failure of leadership is the reason Nigeria is now a place where dreams die; this is the cold hard fact. I am a believer in the proverb which says that future outcomes are inexorably shaped by present actions. So, we must live with our choices and realities as we prepare for the next round of elections.
However, one thing is undeniable; many people in Nigeria today can actually measure governance; that is why we can all feel its absence. But the question is: why is it so difficult to bring commonsense, courage, creativity and innovation to leadership in Nigeria?

During the Civil War, the rebels refined crude oil on the go, converted passenger planes to jet bombers, trained emergency pilots, augmented their military supplies by manufacturing some of their weapons and ran one of Africa’s best propaganda machinery in wartime with men like Okoko Ndem, Uche Chukwumerije, Gabriel Okara and Lawrence C. Fejiokwu, among others. It was partly the success of these men in creating and managing information in Biafra that led to the establishment of an army board in 1970 headed by the then Col. Olusegun Obasanjo. The board which recruited young men with degrees in social sciences and humanities produced Brigadier Fred Chijuka and others with the mandate to create a department of public relations, manage information and oversee army/civil relationship.

So, why is Nigeria not innovating and creating even in peace time? Why are we also not engaging? Why are we not communicating better?

We are already paying heavily for killing the dreams of potential geniuses, inventors, scientists, detectives, social crusaders, scholars and administrators who are now Okada riders, street urchins and thugs. Yet, the worst of conditions continue to make champions in Nigeria and I am very proud of some young people. Those who call them lazy today were born in a different country; I mean pre-independence Nigeria where there were limitless opportunities, order, good schools and committed teachers, educational openings, team spirit, competition, tradition, equity and liberty.

But it is still possible to halt this never-ending cycle of unfulfilled dreams in Nigeria even with all the troubles today.
If there is power supply for the artisan who sits idle all day, then dreams will live. People will also not give up on their dreams if there are security, infrastructure, hope, good governance, equality and support for everyone. It is possible to provide that rich, wide-ranging and secure space for everyone and everything to thrive. That is the only way to stop killing dreams.

GTBANK : A MIRROR IMAGE OF EFFICIENCY 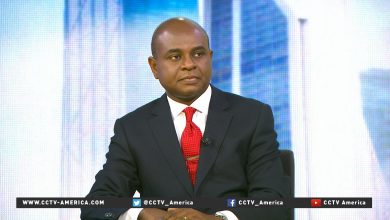 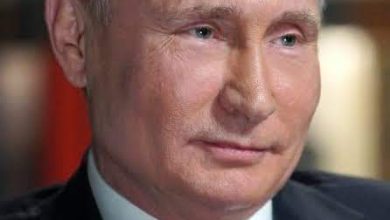