Nigeria’s March 2021 inflation rate of 18.17% has riled analysts as the economy gets caught in deep undercurrents. The country’s unemployment rate as of January 2021 rose to 33.3%, and the country’s debt stock has been projected to rise to N38.6trn by December 2021. However, inflation has been a particularly scary beast as the implication of the recent headline rate is that by the rule of 70 the value of a hundred naira in the pocket of individuals would be worth roughly half its current value in three and a half years. In other words, a hundred naira in 2021 would be worth 50kobo by 2025. Jabbed with money heroine, Nigeria’s inflation monster has started to rip at the heart of the nation’s domestic economic value.

The rapid decrease in the domestic value of the currency may put severe strain on domestic households in 2021 as their real disposable incomes vapourize. Lower real disposable incomes would reduce consumption and drag down the rate of growth of the economy in the year. Unfortunately, government spending in the year may not make much difference as recent studies by economists reveal that fiscal spending by the federal government adds very little to economic expansion.

Another damaging outcome of the government’s quantitative easing or rising expenditure is that the private sector has been muscled out of the domestic lending market, hence shifting finance to big business and the government. Local income distribution has become increasingly skewed in favour of the rich.  Between 2019 and 2020 (at the heart of the COVID-19-induced economic downturn) the NGX Index rose by +50.3%.  This has meant that the rich had gotten richer, the middle class dissolved and the poor left clutching empty pockets.

The policy heterodoxy of central banks globally and the fiscal spending of governments has created huge global financial liquidity that has raised asset prices without increasing productivity or output, this has led to a rise in asset prices unaccompanied by the traditional forward cash flow increases that emerge from added value. The consequence has been that those with large financial assets have become richer and those with small or no financial asset positions have had to face rising prices, especially rising food prices without buffers to absorb the price shocks, meaning that poorer people are being smacked down.

Nigeria’s headline inflation rate for March 2021 rose to 18.17% from 17.33% recorded in February 2021. While the food inflation rose to 22.95% in March from 21.79% the previous month. The rise in the food index could be attributed to increases in the price of bread and cereals, potatoes, yam, and other tubers, meat, vegetables, fish, oils and fats, and fruits. Furthermore, core inflation increased by 12.67% in March from 12.38% in the previous month. The highest increases were recorded in prices of passenger transport by air, medical services, miscellaneous services relating to dwelling, passenger transport by road, hospital services, paramedical services, vehicle spare parts, dental services, motor cars, maintenance and repair of personal transport equipment, and hairdressing salons and personal grooming establishments (see Chart 1 below).

The rise in some core inflation items such as rise in passenger transport by air did not come as a surprise given the hike in airfares by almost 100% in cities such as Port Harcourt, Ilorin, Kebbi, Borno, Adamawa, Kano, etc. Some experts have attributed the price increase to the naira-to-dollar exchange rate, exposing local airlines to FX challenges, high cost of maintenance, while the increase in passenger transport by road could also be attributed to the pass-through effect of the increase in pump price. The rise in other core inflation items such as pharmaceutical products, paramedical services, maintenance and repair of personal transport equipment, hairdressing salons, and personal grooming establishments could be traceable to higher prices caused by demand outweighing supply.

Unlike in advanced nations like the US, Japan where some level of inflation is tolerable to stimulate economic activities, Nigeria’s continuous rise in inflation is detrimental to its growth due to its structural deficiency, logistic problems, insecurity, etc. Many of the factors that have fueled Nigeria’s rising inflation are not showing any signs of receding.

Another peculiar challenge with the e-call up system is inadequate truck parks and the unwillingness of truck drivers to park at the designated truck parks because of the charges levied. According to one truck driver, “you can be at the parks for days as there are two levels of parking, the transit, and pre-gate park. The transit park is the initial park where trucks parks before being called to the pre-gate park which is closer to the ports. Also, the longer the time you spend at the parks, the higher the amount charged at the park”.  In addressing these challenges, more truck parks need to be created while the amounts charged by the parks should be reduced.

Crushing the nemesis of port congestion would require concerted efforts by all parties involved at the ports which include Nigeria’s Shippers Council, NPA, Lagos State taskforce, etc.

Moving Past the Food Bogey

Despite the re-opening of the border in December 2020 and concerted efforts to bring down the rise in food inflation, it has sustained its upward trend for many months and it is projected that the food inflation rate could surge further in months to come. The spike in food inflation has been consistently linked to the rise in insecurity, logistic challenges, and infrastructural deficiencies.  The projected rise in food inflation could be attributed to the Ramadan season as well as the reported scarcity of fertilizers by farmers. According to the daily trust newspaper, “many farmers in Nigeria rely more on wet season farming because of the shortage of functioning irrigation facilities for the dry season farming. With the fast-approaching rainy season, there is fear among farmers over the inability of many of them to procure fertilizer especially Nitrogen, Potassium, and Phosphorous (NPK) variety because of high costs. Farmers have also expressed concern over the Presidential Fertilizer Initiative (PFI), anchored by the Fertilizer Producers and Suppliers Association of Nigeria (FEPSAN) not making available the NPK 20:10:10 fertilizer and its price for the year even as the rainy season crop production activities have begun in the Southern states.”  Furthermore, it was noted that during the pandemic, to help poor farmers boost productivity, the price of 50kg bag of fertilizers sold by PFI was N5,000 but now prices across states range between N6,700 and N8,000 for NPK and N8,800 to N13,000 for Urea. A continuous scarcity and rise in the prices of fertilizer would heighten the inflation rate in the coming months. In addition to curbing the rise in insecurity, the government must work with private stakeholders such as FEPSAN, and farmers to ensure that fertilizers are readily available at a cheaper price.

A rise in interest rate may be detrimental to the growth of the economy but rising inflation is just as bad or perhaps worse. A continuous rise in the inflation rate could be troubling for a country like Nigeria in need of foreign direct investment (FDI). It is projected that the monetary policy committee at its next meeting would raise the monetary policy rate (MPR) from 11.5% to 12%. To be sure, the inflation monster may be the next target in the CBN’s monetary policy crosshairs. CULLED FROM THE PROSHARE 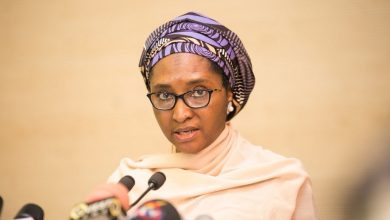