A House of Representatives member, Hon, Sani Dan-Galadima, is likely to forfeit his house worth N60 million to the federal government over a failed surety he entered for Faisal Maina, the son of former Chairman of Pension Reform Task Team, Abdulrasheed Maina, who is now at large.

The lawmaker risks losing the house following an order of a Federal High Court in Abuja, which yesterday held that the bail bond signed for the release of Faisal on bail be forfeited since the defendant has jumped bail.

According to the trial judge, Justice Okon Abang, in a committal proceeding ruling, the federal lawmaker representing Kaura-Namoda federal constituency of Zamfara State, must forfeit the property having freely elected to do so while standing as surety for the defendant in the criminal matter.

Faisal, who is standing trial on alleged money laundering and fraud charges, was granted bail in the sum of N60 million with a surety in like sum, who must be a serving member of the House of Representatives, after he pleaded not guilty to the charges.

His father, Abdulrasheed Maina, who is standing trial in a N2 billion corruption charges, was also admitted to bail in the sum of N500 million by the same court, and later escaped to Niger Republic to avoid trial but was extradited to the country by the International Police (Interpol).

At yesterday proceedings, Faisal was reported to have fled to the United States of America.

Economic and Financial Crimes Commission (EFCC) counsel, Mohammed Abubakar, told Justice Abang that from the information at the disposal of the anti-graft agency, Faisal sneaked to the USA through the Republic of Niger.

The counsel applied that the surety be made to forfeit his bond since he has failed to produce the defendant in court for trial as required by law.

Earlier, the EFCC counsel and the defendant’s counsel, Mr. Anayo Adibo, had given conflicting information about the whereabouts of the defendant.

According to the commission, Faisal was not in the custody of the police or the Department of State Service (DSS) as claimed in some quarters.

EFCC said: “We have a bench warrant to arrest the defendant and bring him before the court; we have been making serious effort to implement the bench warrant up till now.

“The defendant has absconded to the United States of America, and the fact that he was arrested in Sokoto by the police was in the realm of a rumour…It is on record that the Nigerian and American passport of the defendant are in custody of this court as part of the condition of his bail.

“However, information at our disposal indicates that the defendant was able to sneak out of Nigeria to the Republic of Niger from where he was able to proceed to the USA.”

But Adibo objected to Abubakar’s assertion, adding that his client spoke to him on phone while being taken into police custody in Sokoto.

He argued that Faisal could not have flown to the US when his international passports are in court’s custody.

“On the last adjourned date, I did inform the court that the defendant was taken into custody by men of the Nigerian Police. My Lord, the following day, a media report as well as the statement issued by the police command in Sokoto State confirmed this particular fact,” he stated.

Reacting to their conflicting arguments, Justice Abang said: “I don’t even know who to believe,” saying he would work with the facts before him.

Adibo further prayed the court to grant his application which sought the defendant to enter defence in his trial.

But the prosecution urged the court to dismiss the application due to the continued absence of the defendant from court proceedings.

Justice Abang, therefore, adjourned the matter to March 31, 2021, “for ruling of the defendant’s application.” 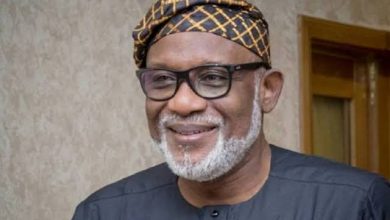 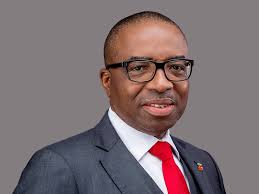 Nigeria to sell refineries, ICC, 34 others