For  Guinness , a company that engages in brewing ,packaging ,marketing ,and selling spirits ,beers ,ready to drink products and non alcoholic drinks primarily in Nigeria , this is a difficult time .   In the last few years it is a survival of the fittest  in the food and beverage sector , and Guinness is not in any way  excluded    . Increased competition ,high level of debt and the fall in consumers purchasing power are the architect of  the players  shrinking market. Although, battling to survive, however it is barely raising its head the stormy waters .

In spite of its variety and diversified product and business portfolios its market value has declined to mere  N63.5B as its share price is  seismically on downward trend in the last few years  .  Its share price, currently at N29.00 ,  is highly volatile   in the past three months  ;  Guinness is more volatile than 90% of the stocks in the market over the past 3 months . Ironically   analysts believed its share price is overvalued to the tune of 495.9% at N29.00 putting its fair value at N4.87   .

But  , while its seven day  market return is  underperforming  the industry at its 1.6% ,its one  year return  is over performing it at 63% against the industry 41.2%

This ugly trend vividly manifested in its   market value  standing  at discount compared to  its net assets or book value at 0.85x    This performance ,however, is in line with  the industry and market   average  of  0.9X and  0.7X  respectively .      Because  the company has been sustaining losses , its price earning ratio has been negative . It is currently -5.2x  against its industry average of 33.2x

. The company is currently unprofitable   .

Its   Q1 2021 results (end-Sep ,2020 ) suggest that volumes grew by double digits y/y and top line recovered quickly from the lockdown (3.6x q/q) in Q4 despite the 14% increase in excise taxes on spirits (c.18% of sales). Also while its sales increased by 12% y/y, however ,the company posted a pretax loss of -N317bn because topline strength was eroded by higher fx costs ; its gross margin contracted by -619bps .

They predicted that considering the weaker exchange rate combined with hikes in petrol prices and electricity tariffs this year, sustained pressure on disposable incomes was likely to pose a major obstacle to Guinness’ strategy

The -619bp gross margin contraction was the chief driver behind Guinness’ loss in Q1. This more than offset -10% y/y and -14% y/y decreases in opex and net interest expense, and a 73% increase in other income. On a sequential basis, gross margin contracted by -689bps q/q while other income declined by -50% q/q. These offset -3% q/q and -72% q/q declines in opex and net interest expense respectively. As such, Q1 pretax loss compares with a PBT of N851m in Q4 2020. .

A review of the FY 2020 performance of Guinness Plc in the fast-moving consumer goods segment shows Guinness posted a 17% drop in gross profit, with a steep 20% fall in total revenue, but it trimmed its Cost of Sales by 21% and posted a huge negative Net Income number of -N12b. This Guinness explains is a one-time charge on an extraordinary item being write-down of assets. On an EPS basis, Guinness thus posts a negative -5.74 Earning per Share. Whilst the 2020 results reflect the impact of extraordinary items, Guinness also saw a fall in Total Revenues, Operating Income, and Net Income before the COVID impact in 2019.

The problem for Guinness is sales. Total revenues for Guinness has been flat or negative since 2019, specifically Guinness posted negative Gross Profit when compared to 2019 FY results.

Its inventory turnover   was 2.77  . In essence, Guinness is selling her brands at that rate .

Guinness has positive total equity of N73b, this translates to a book value per share of 33.34, much higher than NB because Guinness has a lower debt of N23b.

Again Guinness saw a dip in total equity by a whopping 17.9% .   The Debt to Asset ratio of 0.08. This is very assuring as its assets are greater than its liabilities

To survive the hostile season players in this industry continue to engage in price war .  However , the question remains, can they continue to cut prices forever? Analysts and industry observers in the view believe only productivity improvements to reduce costs will be the differentiator.

For Guinness this has become a hard nut; and it has not gotten the necessary iron teeth to break it . Guinness and Nigerian Breweries used to be the dominant players ; Guinness has five brewing plants while Nigerian Breweries has nine . But this scenario has changed This picture has since changed as Anheuser-Busch In Bev (AB InBev), the world’s largest beer producer, entered Nigeria in 2016 as International Breweries.

Its  cash position  via  the Free Cash Flow position is not that bad . FCF is the cash available for the company to repay creditors or pay dividends and interest. FCF excludes non-cash expenses. Guinness FCF position is a positive N1.93b with a Price to Cash of 2.55 Guinness recorded a negative return on equity of 15.52 % , return on invested capital of 14.72% and a negative net margin of 12.5% Guinness is playing in a market where consumers have a lower purchasing power and are looking to affordability. Net Income for Guinness is well below numbers posted in 2017. The risk to this company is the shrinking market. . 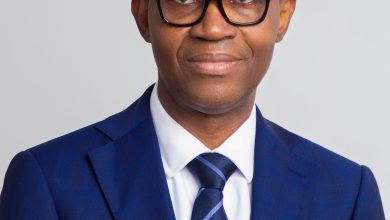 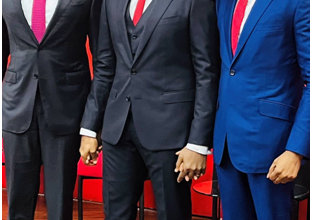 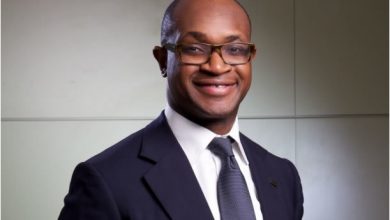