To celebrate  Dr  ABDUL ISA , a friend and worthy colleague , for  his glorious achievements , his knowledge ,character ,passion  , drive and much needed integrity ,  is a worthy exercise . In the media  and corporate communications world,  Dr. ABDUL ISA has already carved a niche for himself   . For those who have followed his  career trajectory, this quintessential communicator possesses more than brilliance and good breeding.     He has done creditably well on almost everything on his desk .

In the ever changing world of corporate communications,  he is a rare breed. Apart from his exemplary discipline, vision, leadership qualities and placidness   his colleagues say  he has a reputation as a competent professional and good team player  .  He has a long history of superlative performance in the newsroom as a newshound  . For many years, he bestrode the print media like a colossus and made his mark as a news reporter and media manager. But in all of these,  Dr Isa’s success is strongly tied to his good education, team spirit and work ethic, features that distinguish him from other corporate communications expert.  For a   team player like Dr Isa , this is also a confirmation of his  drive for excellence and professionalism  .So    those  who  celebrate him  today ,on  this special day of his birth, have a good reason for doing so.

But this  did not come as a surprise to most people in the media  and corporate communications world .  Even his critics can attest to his sound knowledge, resourcefulness, transparency, hard work and team spirit. But his admirers on the other hand would easily rehash his well known story of doggedness and determination.  He is  naturally  living up to the dictum: ‘knowledge of a problem is key to its solution’ with his familiarity and competence on issues in the corporate world, his versatility, temperament and ability to tackle all professional challenges    . He is indeed, a round peg in a round hole. Academically, he has the right knowledge; professionally, being a    thoroughbred journalist, he is well armed with the right skills and contacts. He also possesses the right attitude for anyone destined for the top. He is headed for this top, no doubt. His  relevant  academic background remains a major fulcrum that drives his supersonic performance  particularly with his  deep knowledge of economic fundamentals and strategic choices .    In October , 2019, he bagged a doctorate degree in Economics to further boost his potentials .

On his part, this communications expert par excellence who hails from Kogi State would certainly share with anyone who cares to listen, his success story which hinges on hard work and parental influence. Today, it would definitely not be an overstatement to infer that  Alhaji Isa is  a leading name in the public relations and marketing communications sector in Nigeria.

In spite of his achievements and a great life still ahead of him he  is humble and good natured.  At the moment,  he  represents the very best the industry can offer. Outside his penetrating mind which many believe is his biggest asset, he is also a refined and widely travelled man who sees the big picture. So he is most likely going to influence positively any institution that he encounters.

A NATION IN SEARCH OF VINDICATION. Christmas 2020 Message 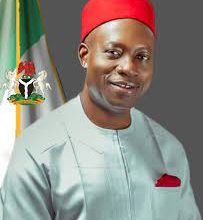 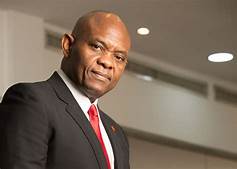 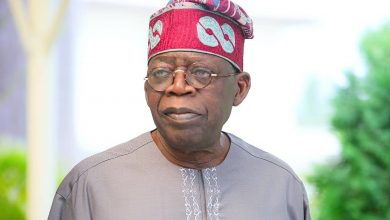