A Lagos Court of Appeal has ordered the suspension of an interim order issued by a Federal High Court sealing the corporate offices of Seplat Petroleum Development Company.

The court lifts the interim order on the stance that Access Bank had nothing to lose if Seplat continued to discharge its obligation to its numerous customers.

Justice Ikyegh, however, ordered the company to issue a bond of $20 million in the name of the Court’s Chief Registrar, an order the company’s counsel Etigwe Uwa, SAN said had been complied with.

The Court rejected Access Bank’s argument that suspending the interim order would amount to dabbling into the substantive issues that ought to be determined while hearing the main appeal. The Court noted that Seplat supplied gas to three power plants that generate almost 40 per cent of power supply in Nigeria and that it would not be able to deliver this service if the order was not suspended.

What they are saying

“The fear and anxiety expressed by the 1st Respondent (Access Bank) appeared unfounded. It would also not amount to hearing the substantive suit.

“The Supreme Court has held that where machines and workers would be rendered useless, the court would intervene.

“Disruption of business should be considered in the issue of balance of convenience. The court will exercise its discretion in suspending the injunction.

“Practical approach should be adopted and not do injustice to any of the parties.

“Where considerable hardship will be done to a party, the court will intervene by suspending the injunction or stay it.

“I found substance in the argument. The injunction restraining the appellant from operating is hereby suspended.

“Order on its accounts are also lifted pending the determination of the appeal.”

What you should know

Seplat has continued to maintain that the loan agreements evidenced by letters of offer of credit facility were all between Diamond Bank Plc. (now Access Bank Plc.) and Cardinal Drilling Services Limited, while the three Deeds of Debenture to the loan were over specific and fixed assets of Cardinal Drilling viz four Drilling Rigs set out in the schedules of the three Deeds of Debenture. 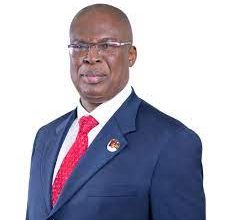