In times of recession, and of budget shortfall, it is only normal to expect a central bank to lend money to its government. However, in Nigeria it appears to have become a habit. And the stock of debt is mounting.

As a banker to the Federal Government of Nigeria, the CBN undertakes most FGN banking business within and outside the country. It also finances the government in temporary budget shortfalls through so-called Ways and Means Advances (W&M), subject to limits imposed by law. In September 2020, the CBN’s Monetary, Credit, Foreign Trade, and Exchange Policy set of guidelines indicated, in section 3.2.15, that W&M advances shall continue to be available to the FGN to finance deficits to a maximum of 5.0% of the previous year’s actual collected revenue.

The increasing reliance on CBN overdrafts has come with negative consequences, in our view. The financing is costly for the FGN at interest rates of Monetary Policy Rate (MPR) plus 300 basis points. In addition, this form of lending has several macroeconomic implications.

Last year, with the economy entering a recession, Nigeria resorted to central bank deficit financing against a background of urgent spending needs and temporary market dislocations associated with the Covid-19 pandemic. However, the use of central bank financing in Nigeria predates the pandemic shock. According to data from the CBN, this form of lending from the CBN to the FGN takes place even in periods of positive economic growth.

The FGN has agreed to convert its stock of overdrafts with the CBN into long-term debt (30-year notes). For their part, the World Bank and the IMF have expressed concerns about the risks this form of lending poses to macro-economic stability. Those risks take the form of increased interest payments on the loans, currently at N912.57bn (US$2.23bn) as of 2020, which is equivalent to 10.0% of the outstanding balance at end-2019.

Another risk is the impact on prices, as this accelerates the growth of money supply and aggravates Inflation. With the rate of inflation currently at 17.93% year-on-year (May 2021), we believe this form of has played a role in inflation trending above the CBN’s inflation target range of between 6.0% and 9.0% year-on-year. The IMF and the World Bank have argued for flexibility in the FGN’s borrowing options and an increase in domestic revenue mobilization as well as mechanisms to monitor the FGN’s stock of CBN overdrafts (i.e., the historical stock of accumulated Ways and Means), the flow of the overdraft facility (i.e., its monthly use), and its servicing cost (i.e. interest payments).

Last month the Nigerian Senate approved the sum of N895.8 billion (US$2.18bn) in draft 2021 supplementary budget to procure equipment for the military and to procure COVID-19 vaccines. This supplement is an addition to the N13.58tn (US$33.12bn) budget passed earlier in the year. At the same time, the FGN has obtained approval to borrow the sum of N722.53bn (US$1.76bn) from domestic and foreign capital markets. We fear that the FGN may resort to the CBN’s Ways and Means facility for funding, if unable to secure approval for its total borrowing needs.

Recent data from the Nigeria National Petroleum Corporation (NNPC) show that the gap between the landing cost and ex-coastal price of petrol (or premium motor spirit, PMS) has also risen. The NNPC announced that it would be reducing its remittance to the Federation Account (FA) for June 2021, just as it has declared that it made zero remittance to the FA for May 2021.

Fuel subsidy payments have increased as global oil prices have continued to rise in the wake of the revival in advanced economies (currently Brent crude trades at US$76.24/bbl) . As we mentioned last week, the World Bank, in its report on Nigeria, Resilience and Reforms, advised that the FGN is to “monitor and report the federal government’s stock of CBN drafts” and “identify more flexible options for borrowing to finance the federal government deficit” thereby, reducing its borrowing from the CBN.

Last week the Model Equity Portfolio rose by 0.92% compared with a rise in the NGX Exchange All-Share Index (NGX-ASI) of 1.47%, therefore underperforming it by 55 basis points. Year to date it has lost 4.18% against a loss in the NGX-ASI of 5.11%, outperforming it by 93bps.

We now reverse what we said last week: while it is nice to be making money (albeit notional money in the case of this portfolio) it is not nice to underperform the market by 55bps in a single week. The clear culprit is our very underweight position in Nestle Nigeria. Nestle Nigeria rallied by 10.0% in a week and is 6.0% of the index, thus approximately 60bps of performance which we did not enjoy.

This week we will deploy some of that notional cash. We will move to correct the underweight in Nestle Nigeria. Following our publication ‘Nigerian Banks: Resilience priced in’ (25 June) we have reassessed our notional position in banks and we will overweight these again, spending up to around 8.0 percentage points in notional cash on notional trades here over the coming two weeks. We need a conviction trade to outperform going into the second half of the year, and this is it.

Last week, the exchange rate at the Investors and Exporters Window (I&E Window) appreciated by 0.10% to close at N411.25/US$1. However, in the parallel (or street) market, the Naira weakened by 0.60% to close at N503.00/US$1. Currently, the gap between the I&E window and the parallel market stands at 22.31%. Last week, the CBN’s reported FX reserves fell by 0.72% to US$33.28bn, the lowest level since October 2017. At levels of liquidity in the I&E Window and NAFEX markets that are well below what they were early last year (before the divergence between the NAFEX and parallel rates), we expect the parallel rate and the I&E Window rate to remain under pressure over the months to come.

Last week, trading in the secondary market for FGN bonds remained bullish. The yield of an FGN Naira-denominated bond with 10 years to maturity fell by 26bps to 12.21%, the yield on the 7-year bond fell by 38bps to 12.17%, and the yield on a 3- year bond fell by 63bps to 11.22%. The overall average benchmark yield fell by 37bps w/w to close at 11.57%. Strong bullish sentiment was seen across the entire yield curve. It seems to us that the market is looking through the current issue with inflation (May, 17.93% y/y) and is therefore buying duration. Given that there is little immediate threat of a rise in short-term rates, this trend could continue for several weeks, in our view.

Similarly, activities in the Nigerian Treasury Bill (T-bill) secondary market were bullish overall, following the boost to system liquidity from the June Federation Account Allocation Committee (FAAC) disbursement to states and local governments, which was N363.86bn (US$885.30m). On the bearish side, the annualised yield on a 342- day T-bill in the secondary market rose by 46bps to 9.83%, while the yield on a 256- day OMO bill rose by 23bps to 10.41%. However, the average benchmark yield for Tbills fell by 32bps to close at 6.58%, while the average yield for OMO bills rose by 18bps w/w to close at 9.92%. At the T-bill primary auction held on Wednesday, the Debt Management Office (DMO) allotted N163.61bn in instruments. The stop rates on the 91-day bill (2.50%) and the 182-day bill (3.50%) were unchanged from the previous auction, while the stop rate on the 364-day bill fell by 25bps to 9.15%. With a total subscription of N446.01bn, the auction was oversubscribed, with a bid-tocover ratio of 2.7x. We expect a slight uptick in yields in the T-bill secondary market this week in the absence of any significant inflows to boost liquidity.

The price of Brent crude fell by 0.01% last week, closing at US$76.17/bbl, showing a 47.05% increase year-to-date. The average price year-to-date is US$65.42/bbl, 51.37% higher than the average of US$43.22/bbl in 2020. Last week, the majority of the OPEC+ coalition voted to lift output by about 2.0 million barrels per day over the second half of the year and extend their remaining cuts to the end of 2022. However, the group failed to reach the required unanimous decision, with the United Arab Emirates (UAE) being the sole hold-out. The gulf nation delayed the deal as it demanded a higher production quota than what was proposed. The country wants to increase its base production level. Amidst the recent developments, our view is that oil prices are likely to remain well above the US$60.00/bbl mark for several months.

STAYING ATOP ALL BANKS

DMO Issues Update on the N2.343trn New Capital Raising in the 2021 Appropriation Act 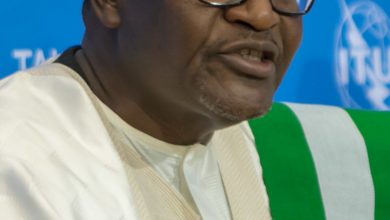 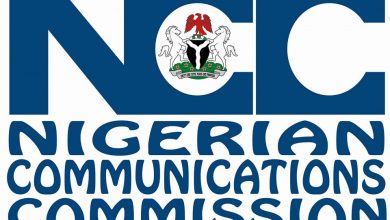