The theatre of the absurd in the Access Bank Vs. Seplat Petroleum Development Company matter, which resulted in the sealing up of the building that houses Seplat’s head office for the most illogical reasons, should worry every patriotic Nigerian. Even the sealed building does not belong to the company.

Cardinal Drilling Services obtained the facility from Diamond Bank (now Access Bank) to purchase the CDS Rigs 101, 201, 202, and 203. The Facility was secured by a fixed and floating Debenture over Cardinal’s assets (the “Debenture”). Since Cardinal Drilling was unable to service the outstanding part of the facility, which Access Bank claimed to be US$85.8 million, the bank activated Clause 6 of the Deed of Debenture, which allows it to appoint a Receiver/Manager over Cardinal’s assets.

Nobody would have faulted Access Bank if it had stopped at that. However, the bank, in a most puzzling move, equally listed Seplat and its Chairman, Dr. A.B.C Orjiako, as co-defendants in the litigation for the untenable reason that two of Cardinal Drilling Services rigs (CDS 101 and 201) were deployed into 2019 Seplat’s operations, while all the four rigs purchased with the loan were very critical to Seplat’s future drilling plans. The bank, in its court filing, also claimed that Seplat and Cardinal Drilling Services had close ties, saying that “Seplat is a sister company to Cardinal, jointly promoted by Orjiako who is the alter ego of the two companies”.It added that “Seplat is in fact the ‘real debtor’ while Cardinal is merely a ‘vehicle smokescreen’ for the purposes of the subtle obtainment of credit facilities by Seplat”.

Consequently, Seplat’s corporate headquarters at 16A Temple Road, Ikoyi, Lagos was sealed, while Access Bank was granted a Mareva injunction to seize bank accounts and other assets owned by Seplat, while also appointing Kunle Ogunba, SAN, as the receiver-manager for the assets of the defendants.

However, Seplat is emphatic that it neither borrowed from Access Bank nor guaranteed any Access Bank loans for Cardinal. Access Bank has also not provided any document to the contrary.

“Seplat strongly believes that there is no merit or justification for this action against it and has taken prompt legal action to vacate the court order pursuant to which the building was sealed.

“This action was taken by Access Bank without any prior notice to Seplat, as required under Nigerian law. Seplat will vigorously defend against this improper action to the full extent of the law and will seek all appropriate legal remedies”.

In this instance, it will not be out of place to liken Access Bank’s modus operandi to that of the recently disbanded Special Anti-Robbery Squad, SARS. One of the alleged SARS trademarks, which resulted in the EndSARS protest to end police brutality, was its penchant for arresting and brutalising one person for the alleged sin of another. One of the last of such sordid tales before SARS’ disbandment was the case of the 28 years old fresh graduate, Miss Ifeoma Stella Abugu, who died in police custody at Guzape, Abuja a day after her arrest by SARS. In a petition to the Inspector-General of Police, Miss Abugu’s family alleged that the SARS operatives invaded the house of her fiancée, Mr. Afam Ugwunwa, at Wumba on 10th September 2020. But not seeing their target, they whisked away Miss Abugu in lieu.

One thing is clear: Seplat neither guaranteed Cardinal Drilling’s loan nor was a party to the facility. All it did and in good faith was to support the discussions between Cardinal Drilling and Access Bank towards the settlement of the debt owing to business relationship. This is what any other responsible corporate entity could have done.

The argument that Seplat Chairman is a promoter of Cardinal Drilling does not hold water either. While Austin Avuru (the immediate CEO of Seplat), Orjiako (Seplat’s Chairman), and their international partners jointly have about $45 million equity in Cardinal Drilling Services, the question is, could any of them have individually guaranteed Access Bank’s loan facility to Cardinal Drilling? Besides, why is the bank singling out Orjiako?

Obviously, what is playing out is corporate bullying with a view to escalating the matter such that Seplat, being a highly reputable corporate player, and Orjiako, renowned for his impeccable character would feel scandalised and now be pressured to make a commitment towards offsetting Cardinal Drilling’s debt to Access Bank. The lawsuit and the media blitz around it is also orchestrated to get Seplat’s many business partners to step in and to persuade the firm to make commitment to Access Bank. Unfortunately, this cannot and should not work for a company renowned for corporate good governance and high ethical standard in business. And this must not be encouraged. If anything, Access Bank and the lawyers behind this perfidy should be sued for it.

Ironically and unfortunately for them, Seplat’s shares are appreciating amidst this challenge. It shows that people are seeing through the hoax and that a corporate reputation, good or bad, dies hard.

Alkali did not stop there. He further told the court that contrary to the law, the Managing Director of Access Bank at the time of the acquisition, Aigboje Aig-Imoukhuede, as well as the Deputy Managing Director, Herbert Wigwe, were directors of a private company that was equally enormously indebted to Intercontinental Bank.

STERLING BANK: On The Treadmill For Long

Nigerian Inflation Up By 0.66% in the Month of November 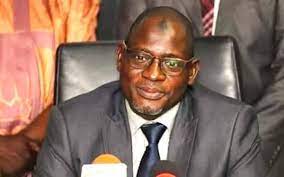 2022: Our Target Is To Achieve 100% Automation Of Tax Administration Processes – FIRS