In the last few years, the Nigerian Bankosphere has been on a roller coaster in a race to the top .The prize ? The biggest and the most profitable bank. First , it was First Bank holdings that topped the ladder ; later ,Zenith Bank plc displaced it both in size and profitability .In the year 2019 , Access Bank Plc clinched it on the back of hefty assets  but  Zenith Bank would not let its leadership as the most profitable bank ;Access Bank assets zoomed atop others via it takeover of the rested Diamond Bank Plc . In the first half of 2020,Access Bank’s total assets skyrocketed again to N7 .77 trillion while its gross revenue at N396 billion was also the biggest. But Zenith Bank plc with the total assets berthed of N7.58 trillion remains the most profitable.

Expectedly ,a puffy assets could indicate improved strengths to generate more revenue ,increase business value and facilitate running of a business. But in the case of Access Bank plc the above advantages have been a tall ambition particularly where it matters most . Its half year 2020 net profit declined slightly by from N61.8 billions to N61.0 billions between the first half 2019 and the corresponding period in 2020 . However , the uglier aspect of the bank’s performance is that while the assets advantage was leveraged to increase its gross earnings phenomenally above all its competitors it failed to wring out commensurate profit leaving it abysmally far behind them and raising questions. Its gross earnings for the first six of the ongoing financial year stood at N396 billion far ahead of any player in the industry. Its closest rival on this metric was Zenith Bank holdings withN346 billions. Others like GT Bank Plc and First Bank Plc registered N225 billions and N296.4 billions respectively. A critical comparativeanalysis revealed that GT Bank plc better exposed weak points of Access Bank reducing it to a bank with big assets but low profit . For instance while GT Bank with N4.5 trillion total assets raked in N94 billion profit after tax in the first half of 2020 Access Bank with N7.7 trillion assets got only N61 billions. Even Zenith Bank justified its gross earnings with N103 profit after tax out of N346 billions.
The question remains, what is the essence of Access Bank’s overblown assets which yielded heavy revenue but could not be converted to profit for its investors ?
The answer may not be far to seek .No doubt , Access Bank is under the pains of costs and has failed the test of efficiency. .The bank’s sore point was its cost to income ratio. Cost to Income ratio skidded upwards to 65.8 % from 61 .0 % of the corresponding period last year .This translates to spending 66 kobo to get N1 compared to GT Bank 43 percent cost to income ratio in the same period .Analysis of its book during the period under review revealed the palaver was driven by 50 percent increase in its operating expenses . Major drivers of the operating expenses were 86.4 % year on year increase in in outsourcing cost and 56 % increase in the AMCON charges.
Moreover, the most embarrassing driver of the bank cost debacle could be seen in the significant and questionable increase in its travel expenses. A top financial firm, Proshare Nigeria , considered this unusual during the period of international flights suspension and domestic interstate restrictions. The financial firm warned Access Bank to desist from questionable expenses.
“The bank will need to address the rampant operating costs in months ahead as the pain of bleeding cash on travels may draw the ire of shareholders by the year end”, the firm declared.
Moreover, the firm noted Access Bank customers experience is also another weakness point that needed urgent attention. According to the firm the ‘ bank will need to upgrade its consumer journey experience and pull the stops in jumping the consumers to the higher level of satisfactions”
The management inability to control costs effectively wrecked havoc on Access Bank both in the financial year 2019 and the first half of 2020 . This was evidently noticeable in its margins . Its pre tax margin was dragged down from 22.5 percent in the first half of 2019 to 18.7 percent.Pre tax margin means that for every naira the bank earns from a combination of interest assets, fees  and commissions before paying a tax man and is an indicator pointing to how well a company manages its financial resources. It also , negatively influenced its net income margin after the tax man has been paid moving from 19 percent in June ,2019 to 15.4 percent in the corresponding period of 2020 . Even its ability to convert assets and equity to profit were heavily inhibited . The bank Returns on Average Equity crashed to 19 percent from 24 percent and the Return on Average Assets from 2.2 percent to 1.6 percent.
A detailed analysis of its half year results clearly unveiled its weak points in spite of its whopping assets  and the gross earnings leadership.

No doubt , economic headwinds unleashed pains on every economic agent including industry leaders . For Access Bank Plc leadership the first challenge that confronted it emanated the core banking income or a business of maturity transformation which boils down to the skill of lending profitably or managing the risks of mismatches between borrowing and lending rates. Between the first half of 2020 and the corresponding period of 2019 the bank’s interest income backtracked by 6.3 percent. Although, low yields and lethargic economic activities were the culprit but the bank inability to equally drag down the interest expenses as its competitors during the period was its sore point. Its interest expenses jumped by 9.6 percent. This laxity suppressedby 18.7 percent the net interest income. It declined in absolute terms from N150 billions to N126 billion.

As if that was not enough, its loan impairment hit the roof top moving from N4.9 billions to to N16 .5 billions ,an increase of 237 percent between the period under review. This ,expectedly , had debilitating effect on its net interest income after impairment crashing by 27 percent from N150.3 billions to N108.7 billions.Net interest  margin is a live wire of banking where the boys  are separated men . Though the misfortunes of Access Bank in this income stream could be said economic wide phenomenon but it also exposed its ability to manage costs

To add salt to injuries sustained above its fee and income in the non interest income area that was expected to serve a stabilizing effect was rendered helpless by fee and commissions expenses. While fees and commissions income jerked up by 23.7 percent from N41.9 billions to N51.8 billions in the first half of 2020 within the same period its expenses saw an increase of 158 percent from N4.3 billions to N11.2 billions. This had a depressing effect on the net fee and commissions income increasing by 8.2 percent from N37.5 billions to N40.6 billions. Although, the bank put a good fight to neutralize the above negatives in its income with a 3,152 percent increase in its net gains on financial instruments rising from N4 billion in 2019 to 134.8 billions in 2020 this was doused by 249.7 percent decline in the foreign exchange loss .Income from this department crashed from a loss of N18.9 billions in 2019 to a loss of N66.2 billions in 2020 .Moreover, increased expenses on personnel, depreciation and amortization compounded the wreckages inflicted on the bank’s fortunes during the period under review. Worse of all were the deleterious operating expenses which skyrocketed by 49.8 percent moving from N80.6 billions to N120.7 billion to frustrate Access Bank’s ambition at profit leadership.
Meanwhile, this is not to say doubt Access Bank’s potential leadership in terms of profitability.In fact , the CEO of Access Bank has evoked brilliance,  resilience and resourcefulness of a hardworking manager who has resolved to lift the  banner of the bank to a lofty height .The bank has  indicated an emphasis on operational cost management, aggressive asset recovery, improvement in its asset quality and an increase in agency banking as priorities for 2020.
A detailed analysis of its half year result for the ongoing financial year confirmed this as much. The total deposit of Access bank grew Y-o-Y by 20.69% from N4.96trn recorded in H1 2019 to N5.99trn recorded in H1 2020. This was majorly driven by 11.59 % Y-o-Y growth in customer deposits reflecting the impact of the lender’s deliberate deposit mobilization. Customer deposit comprised of 65% local currency deposits and 35 %foreign currency deposit
Access Bank gross loans and advances grew Y-o-Y by 29.19 % from N1.85trn recorded in H1 2019 to N2.39trn recorded in H1 2020, majorly driven by a 21.18 % growth in loans and advances to customer. Analysts have been flummoxed by the rise in loans and advances by deposit money banks within a period of a health pandemic and the attendant economic lockdowns that have followed, especially in Q2 2020. Nevertheless, tier1 banks seem to have been able to beat the odds and continue to grow their loan books and generate higher interest incomes.  An analyst in one of the stockbroking companies reportedly declared:

“You get a sense of local Nigerian banks defying gravity, somehow they have found ways of making water run up a mountain rather than run down. The feat is admirable though fuzzy” he said
Shareholder’s funds grew by 14 .72 % from N584 bn recorded in H1 2019 to N670 bn recorded in H1 (see chart 5).
2020. This was largely driven by Y-o-Y 24.72 % growth in retained earnings. The rise in shareholder’s funds mirrors the trend with other top banks as they shore up their capital positions to improve their adequacy ratio or CAR. Going forward this would strengthen the bank’s balance sheet but it would also draw down return on shareholders funds as long as growth in profit after tax lags the rise in the addition to the funds. For long-term equity holders the bank’s playbook is a boon as it represents a steady rise in future earnings
Looking into the future the bank would need to take a stronger grip of its operating costs while it effectively leverages its immense technology advantage.

Why we are Floating a New Institute - Chartered Institute of Stockbrokers 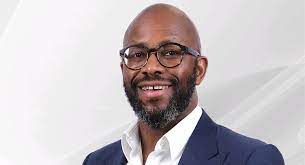 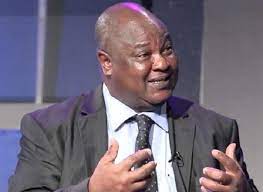 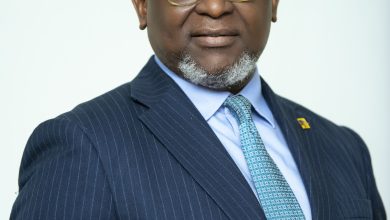 ADEDUNTAN: FIRSTBANK IS RESILIENT, STABLE AND BUILT FOR THE LONG HAUL