Similar to the last ranking, the full pay packet significantly alters the rankings of the highest paid CEOs. Unlike in the base salary ranking where Michel Purcheros of Dangote Cement ranks as the highest earner, Herbert Wigwe of Access bank ranks as the highest earner for the financial year of 2021 with the addition of dividends earned, bonuses or benefits. Herbert Wigwe has a total remuneration of N1.64bn, lifted by a high dividend income of 1.52bn. With a base salary of N120m, Herbert Wigwe did not make the list of top ten earners. Coming in second place was Roger Thompson Brown of Seplat Energy who, in addition to the base salary of N475m, had a dividend earning of N134.94m, leading to a total remuneration of N609.94m.

Thus, the top 5 CEOs based on total remuneration earned for the financial year of 2021 were Herbert Wigwe of Access Bank, Roger Brown of Seplat, Olusegun Ogunsanya of Airtel Africa, Michel Purcheros of Dangote Cement, and Folasope Aiyesimoju of UAC.

The top 5 CEOs had an average total remuneration of N773.39m, but only Herbert Wigwe earned above the average. The average compensation of the five CEOs saw a significant decline in comparison to previous year’s average of N881.79m. remarkably, some CEOs that were in the top 10 ranking as of last year either got displaced from the list entirely or experienced a decline in total remuneration earned save for Herbert Wigwe of Access Bank, Ebenezer Onyeagwu of Zenith Bank, and Michel Purcheros of Dangote Cement

Weighing the pay packets of top earning CEOs cannot be effectively without taking a broader look at all possible forms of earnings that the CEOs receive at the end of the financial year. This takes into consideration, not just base salary, but also bonuses, profit-sharing, and beneficial equity. Executives receive bonuses that are tied to performance, and benefits that may vary based on the company. CEOs also possess several shares and as such are entitled to dividends, thus, adding to total earnings, which may particularly be significant in cases where the company is present in a highly competitive industry. 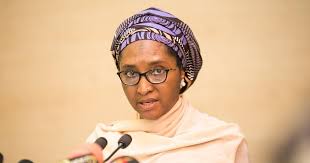