Financially speaking, it translated to a sharp decline in its fortunes . The audited results which were released to the Nigerian Stock Exchange (NSE) at the financial year-end in revenue declined by -20.6% to N104bn from N132bn in the previous period  in 2019 .

Though  the cost of sales  moved downward declining  22% yet it couldn’t upturn the mmisfortune.

The declining cost of sales  could  be pinned  partly to the  slow down in  promotions the company embarked upon in the period due to covid 19 pandemicand  other activities. Even the company’s net assets inched sharply southward by 18 percent from N89 billions to N73 billions. This was another ominous sign in this company during the year under review.

The declining forces of cost  could not balance out or arrest the declining fortunes as  revenue fell  faster than the cost .A look into the company financial results indicated that declining sale volume  due to prevailing economic and covid 19 conditions and one off  accounting adjustments which led to a  N17 billionloss were the big spoilers. These joined forces together  to drag down the operating profit and the bottom line .

This manifested in the operating  profit which  declined 243percent.This is in addition to a whopping N4.24bn net finance charges incurred.However ,analysts believed excluding the accounting adjustments, the underlying performance remains strong despite the impacted top line performance.”.The damage done to the fortunes of  the brewery giant could be seen alternatively by margins .Pretax margin , a measure of how a company is controlling its costs ,strolled southward by 16 percent  in 2020 as against a positive or northward movement of 5.4 percentin 2019 .This translates to a loss of 16 kobo from a naira made as against a profit 6k from every naira made in 2019 .The pretax loss was highly contagious on the net profit with a negative of 12 percent  meaning a loss of 12k from every naira made in 2020.

The prevailing financial health of Guinness  1n the financial year 2020 may not be farfetched.  From the beginning of the financial year to the end signals of the misfortunes littered its operational  lane.In the first quarter although revenue grew by +6.42% to N29.89bn from N28.09bn in the previous quarter,loss before tax  at N370.41m and loss after tax  at N370.41m indicated the year might not be rosy .Also net assets  declined  by 0.4% to N88.69bn from N89.06bn as at June 30, 2019.

By the second quarter  Guinness also maintained underperforming rating.  The company’s overall volumes picked up in Q2 2020 (end-Dec), with net sales up 4% y/y to N41.4bn . This was boosted by strong double-digit growth in the premium stout and mainstream spirits categories, as well as the price increases implemented late last year. However, gross margin widened by just 6bps y/y  because the price and volume upsides were mostly eroded by absorbed costs.In view of this challenge, management  tactically passed  on the costs in the form of higher prices. However, this move was  constrained by an aggressive pricing strategy implemented by International Breweries in its bid to grow market share.

Guinness’ PBT decline for Q2 was largely driven by 6% y/y and 39% y/y increases in opex and net interest expense to -N9.2bn and -N573m respectively. Although gross margin widened by 6bps to 28.7%, this was not strong enough to offset the increases in opex and borrowing cost. On a sequential basis, gross margin contracted by -80bps q/q while opex increased by 25% q/q. In  the third quarter revenue declined by -5.3% to N96bn from N101bn in the previous quarter.Profit before tax declined by 67.9% to N2bn

In the first nine the misfortunes clearer and appeared compounded by covid19 pandemic. Revenue declined 5% driven by impact of volume, excise duty increases and Covid-19.Cost of Sales declined faster than revenue boosting gross margin to 32%; marketing spend increased by 6%; distribution and administration expenses increased on the back of inflation;operatingmargin remains at half year level .More importantly the diminishing exchange rate of naira hit the company hard .

Profit after tax impacted significantly by the depreciation of the Naira.Guinness Nigeria, a subsidiary of Diageo Plc, and a leading total beverage alcohol company in Nigeria has posted a revenue of N96.0 billion for the 9 months ended 31 March 2020. The results show that the Company delivered a profit after tax of N1.4 billion.

Commenting on the announcement, Mr. Baker Magunda, Managing Director/CEO, Guinness Nigeria Plc said: “In the 3 months ended 31 March 2020, Guinness Nigeriaâ revenue declined 5% compared to same period last year on the back of volume decline driven by the price increases that we took in the quarter and the initial impact of COVID-19. Revenue for the year to date continues to be impacted by excise duty increases which prior to February were not covered by price. We remain confident however, that the underlying performance of our main strategic focus brands/categories – Guinness, Malta Guinness, RTDs and spirits – remains solid.”.

“I am however pleased by the work we are doing on productivity. Despite Nigeria inflation rate at 12%, our cost of sales declined at a faster rate of 7% compared to revenue and therefore improving our year to date gross margin to 32%. Similar productivity initiatives mean that the increases in distribution expenses by 2%, and the administration expenses by 7% are still below inflation. We also boosted our marketing spend by 6% to support our brands. The operating profit declined by N2.1bn. The recent depreciation of the Naira drove the increase in finance costs by N2.1b year on year, impacting profit delivery”.

Mr. Babatunde Savage, Chairman of the Board of Guinness Nigeria Plc, said “The Board is confident that our strategy is sound and that we are making the right investments in the company to ensure our long term competitiveness.

Much of the  adversity  can be pinned to the impact of covid 19 and he floundering economic poition.Speaking on the announcement, Mr. Baker Magunda, Managing Director/CEO, Guinness Nigeria Plc said: “The last quarter performance of fiscal 2020 was significantly impacted by restrictions due to COVID-19, exacerbating the already challenging economic environment. Closures of on-trade premises (bars, lounges, clubs and dine-in restaurants) which represent the major part of the consumption occasion for our products; and bans on celebratory occasions impacted sales

“Demand was also impacted by reduced consumer income, unemployment concerns due to the shutdown of a large number of businesses, and increases of VAT and excise throughout the year.” Magunda explained.

Foreign reserves rise by $70m in one week

Ladi Balogun: Below a father’s wish for FCMB 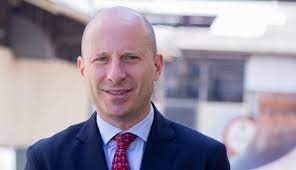 Nigerian Breweries: Meeting the Challenges of a Rough Competitive Space